Little Light Studios, Isaiah Ministries and 3ABN Dare to Dream network join together this month to share an eye-opening series on Mysticism, Spiritualism and the Coming Great Deception. This series of programs will reveal the role of Eastern spirituality, the Martial arts, Ta-chi, Yoga and Traditional Chinese Medicine in the prophesied last great deception before the coming of our Lord and Saviour Jesus Christ !

Truths will be brought to light, which have been for thousands of years shrouded in mystery. And many questions answered that are now being asked by sincere children of God . . .

The first program airs this Saturday afternoon at 3pm central time (4pm Eastern standard). You may watch on satellite, or at the link below to see online. Please contact the 3ABN Network if you have any questions, or if you would like to order a copy of the new program on DVD.   (618) 627-4651 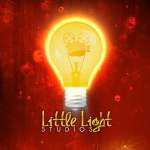 You may also contact Little Light Studios for information on the New 6 part film set, The Dragon Revealed Down Under (filmed live in Australia, 2016). This recent film series includes 8 hours of footage, and more than 70% new material  . . .

Revealing not only the very real spiritual dangers of Eastern mysticism and Spiritualism, but also most importantly, the freedom, Salvation, deliverance and healing which has been freely given each of us . . . in Christ Jesus !

3ABN Radio will also be broadcasting a new live interview on this subject from Angela Lomacang and Eric Wilson. You may listen to the full broadcast on a local supporting radio station, or you may listen online at the link below –

Broadcast times are as follows:
Wednesday (August 17th) at 9am  and  11pm central time*

Please feel free to contact Angela Lomacang if you have any questions, or to order your copy of the audio on CD at the extension or address below:
Angela Lomacang   (618) 627-4651  ext. 3503
or angela.lomacang@3abn.org